CJ gets a garden!

I am very excited about my new garden, I couldn't wait to share!  After some tests results came back,  I was put on a very strict diet for the next 5 weeks.  I basically can't eat the following:  Soy, wheat, yeast, sugar, fruit, corn, or any kind of grain.  On top of all of that I don't eat meat.  Being that I am so limited on what I can have, I buy most of my food from the Santa Monica farmers market.  While I was there last week I picked up seven plants with which to start my garden. 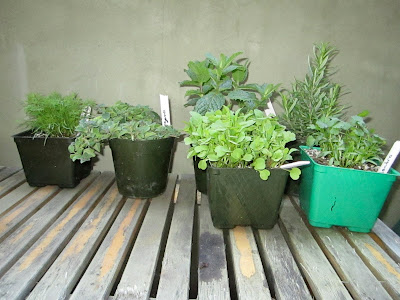 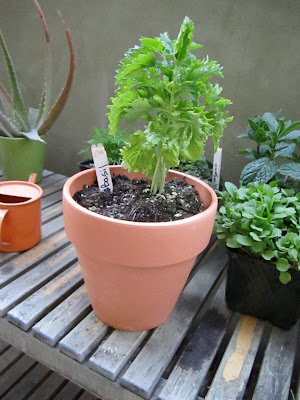 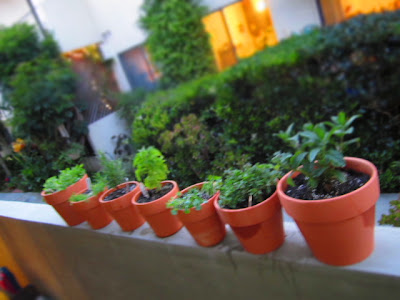 One week later and I'm having fun creating new flavors with my herbs.  I made a homemade marinate for eggplant and asparagus on the grill.  Details to come...

I very much realize that the clothing posts way outnumber the decorating ones, but to be honest...the ensemble posts du jour are so much fun to write! I want to bring Reality Decor back to it's roots and that's why I've created Any Lovely Thing. I hope you get a kick out of my daily journal (of outfits) and you'll click over and follow along. Any Lovely Thing will feature not only what I wear but also what I wish I were wearing and any inspiring images or ideas I come across. We all have multiple passions and this is just another of mine. 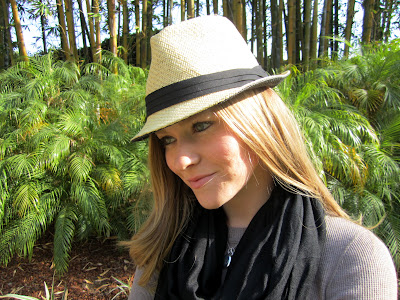 Please follow along and I hope to see you over there!

~Ashley
Posted by Ashley at 6:58 AM No comments:

Email ThisBlogThis!Share to TwitterShare to FacebookShare to Pinterest
Labels: AJ, Any Lovely Thing 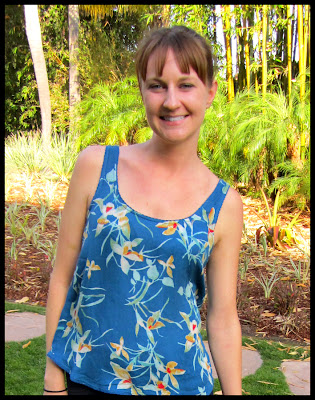 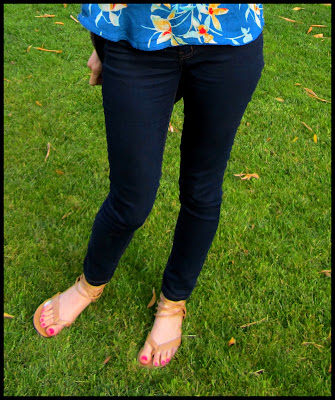 Carli is off to Italy today and the department had a little celebration yesterday to celebrate her vacation...is that weird? In any case, Carli purchased the adorable flowy top with the fly-away back to wear on her European vaca, but was so excited she wore it a day early! We all wish Carli the absolute best time on her getaway and have given her stern orders to bring us back something nice.

I'm trying something a little different with formatting. Do we like this better? Or back to Polaroid style? 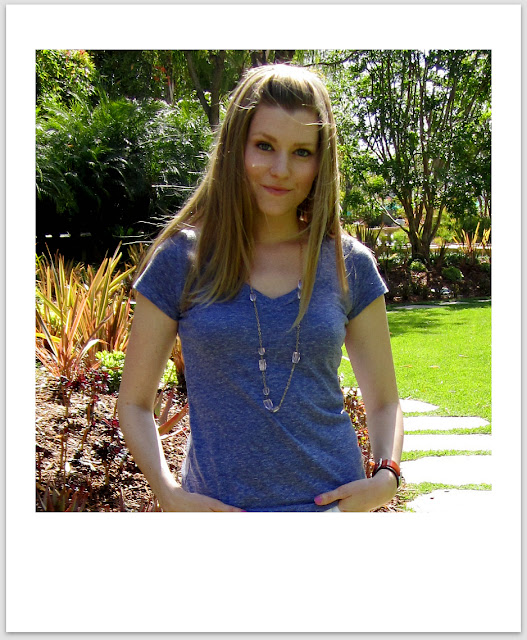 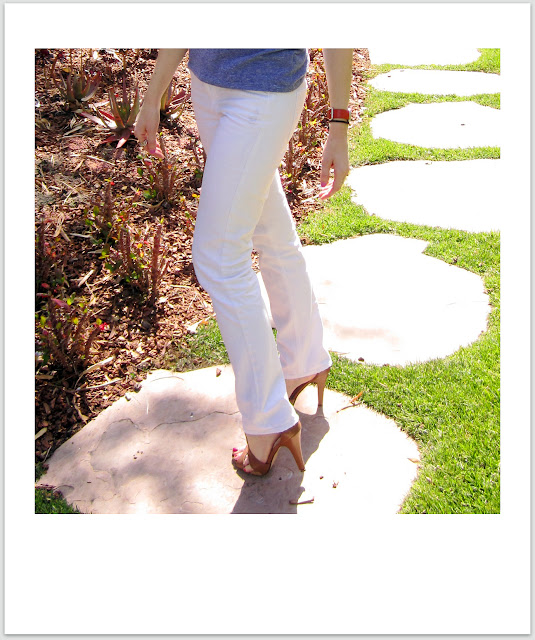 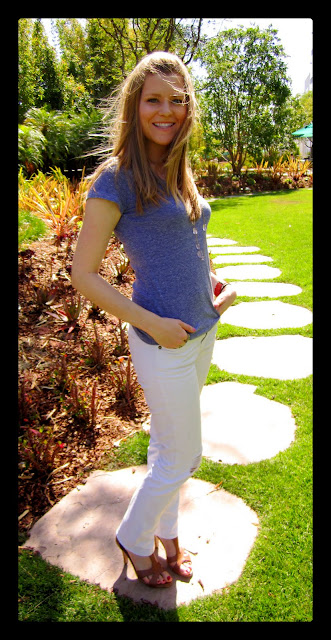 Happy Cinco de Mayo! The weather here has been gorgeous the past few days! I can definitely see how some people say (and mean) that an office job is not for them. I'd give my left pinkie to spend these days at the beach. Alas, it's the daily office grind for me. The silver lining, however, is that every day is one day closer to dear sweet Saturday. Anybody have weekend plans to look forward to?
Posted by Ashley at 9:43 AM No comments: 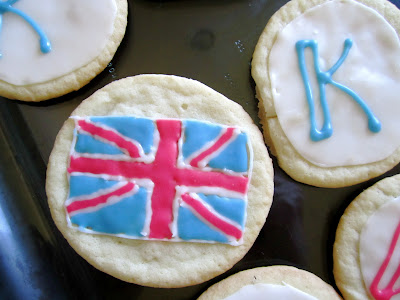 As the world news has made abundantly clear to any human being with access to media coverage, Prince William Arthur Philip Louis has married his Princess. As an avid Anglophile, I was buzzing with excitement over the upcoming nuptials. I first learned of Kate Middleton during my studies abroad in Canterbury. Her named was just popping up as Will's new girlfriend and was the winner of a Channel 4 reality show wherein the population of Britain was to vote on who they believed William should choose as his partner. That was years and years ago, and what do you know? She truly is the winner of not just the Prince's heart, but also seemingly of England as a whole. 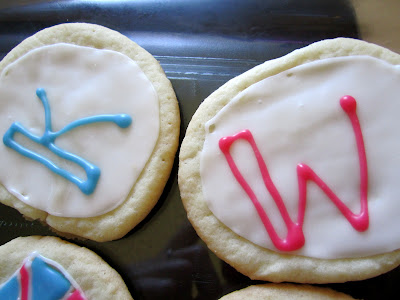 To celebrate, our department at work threw a royal wedding tea party and I was charged with bringing biscuits. Biscuits are what the British call cookies and I was more than happy to do my part. I brought the ever famous and eponymous Mcvities Digestives, along with some hand decorated sugar cookies. I have to confess that the cookies themselves are Pillsbury, but the icing is handmade using i am baker's recipe. The trick to these cookies is a stiffer icing and a steady hand. 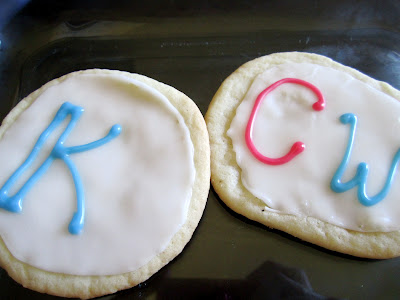 We had a lovely time celebrating, and a few of us may or may not have teared up throughout the ceremony. 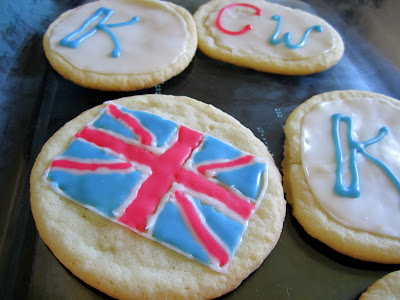 Did anyone else do anything special for the most celebrated couple of our time? Anyone set their alarms extra early to watch the proceedings live? That is certainly something only a, er...um crazy person would do ;)
Posted by Ashley at 4:15 PM 1 comment: 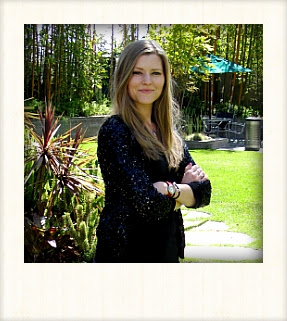 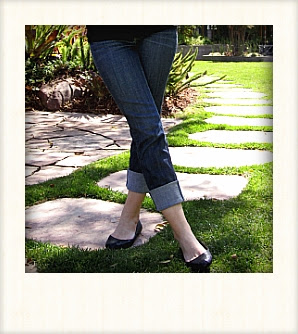 Do you ever have those days where you want to feel just a *leetle* bit sparkly? I was feeling that way this morning. With current events in mind, I awoke in a somber mood. How better to break out of the hum drums than with sequins?
While the killing of Osama bin Laden is certainly a victory for the US, I can't help but be somewhat fearful of retaliation. Violence only begets violence. That being said, I'll say a prayer for our President, our country, and most importantly our troops. God Bless America.
Posted by Ashley at 6:59 PM No comments: 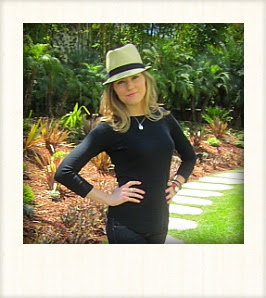 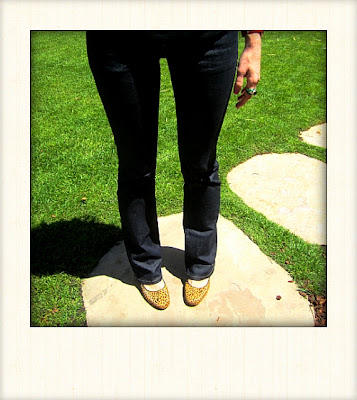 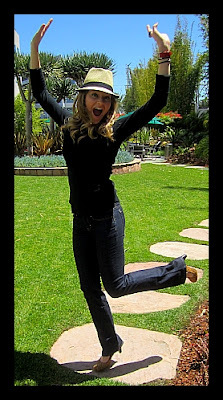 I bought my first ever animal print this weekend during my Banana Republic sweep. I chose the fun, leopard style heels not only because they were on sale (and boy, were they) but also because they actually had my size. I wear an 8.5 and so, apparently, do a lot of other women. I have the hardest time finding sale shoes in an 8.5 and was legitimately surprised when the sales women brought them out. I'm not totally comfortable yet wearing animal print and decided to go verrrry basic with the dark top and jeans.

I'm prepping for the royal wedding tonight and baking sugar cookies to decorate. I'm an absolute amateur when it comes to baking, so I've given myself a some fudge room in case tonight's outcome is as bad as I fear. I'll post the results on Friday. Wish me luck!

Please check out anylovelything.blogspot.com for all things clothing, and just general prettiness related.